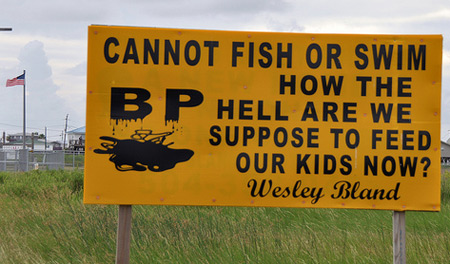 End Offshore Drilling
​ in Public Waters
﻿The Obama administration continues to lease our public lands and waters for oil and gas exploration and extraction. This month they'll auction drilling leases for 45 million acres in the Gulf of Mexico.
A five year plan is in the works to lease hundreds of millions more acres along the Gulf and Alaska coasts AND along the Atlantic coast, which has never before been drilled.

3 GOOD REASONS TO STOP OFFSHORE DRILLING
It undermines our climate goals
Once granted, a lease continues as long as there is an active well producing oil and gas. With lease sales planned till 2022 and an average well life of 20-30 years, these leases subsidize fossil fuel development beyond the time when we should give it up completely.

It's a threat to health and safety
Offshore drilling threatens our food supply by exposing fish populations already stressed by warming and acidifying oceans to the added danger of toxic spills and leaks. It threatens the economic wellbeing of coastal communities dependent on fishing and tourism. And it threatens the health and safety of American workers since oil rig crews have a sevenfold higher chance of dying on the job compared with the average US worker.

We don't need it
Offshore drilling contributes only 16% of US oil and 4% of US gas production. We have a surplus of both, and don't need more for domestic use. And we have alternatives: the Electric Power Research Institute found that the US has enough recoverable offshore wave energy to supply 30% of US electricity.