ARE WE RUNNING OUT OF WATER?  US MAP
DO I LIVE IN A DROUGHT AREA? US MAP 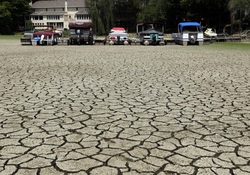 DROUGHT increases the concentration of toxic chemicals in surface and ground water. The result is increased contamination of drinking water with NITRATES, ARSENIC, PESTICIDES, and other substances.
Too much nitrate in drinking water causes birth defects, miscarriages, and cancer. Too much arsenic can cause skin cancer, low birth weights, and failure to thrive.
ARE THERE NITRATES IN MY WATER?    MAP 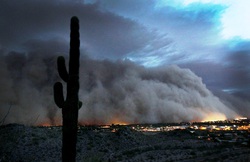 Increasing dust storms in Arizona and California cause multi car pileups and outbreaks of Valley Fever, a fungal lung infection. 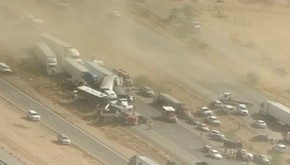 DROUGHT is causing more and bigger wildfires, whose smoke spreads for hundreds of miles, increasing ER visits and hospitalizations for lung disease.
ANY FIRES NEAR ME?    Wildfire Map

CARCINOGENS
IN FOOD AND MILK
DROUGHT stressed crops are more susceptible to disease. One common fungus of corn, grains, and peanuts produces AFLATOXIN, a potent natural carcinogen. Diary cows fed infected corn with aflatoxin, pass aflatoxin into the milk.  In 2012 during the Midwest drought, 58% of the corn tested in Missouri had aflatoxin levels above the US FDA limit for dairy cow and human consumption.
MYCOTOXIN CROP MAP 2012